It is so good to be back here with another blog, a very special blog.

On July 10, 2020, Middle East Airlines received its first Airbus 321 NEO (registered T7-ME1) aircraft with a new livery, which is very much different from its predecessor.

A little information on the A321NEO is that it offers a new engine option (P&W & CFM) with 15% fuel efficiency and 50% in noise reduction as well as additional range that can fly customers further than the A321CEO.

Upon our arrival, we were greeted by the staff in the private jet terminal and made our way to the executive lounge. During our stay in the lounge, we were offered drinks and snacks. The lounge was very spacious and very comfortable.

During our stay in the lounge, we were shown a sample of the new contact-less snack box that would be distributed to its passengers as a new safety measure for COVID-19. The new snack box will only be available for a few months hopefully by the time the pandemic is over, replacing the hot meal, cutlery etc…

As we made our way outside towards the tarmac, while waiting for the NEO aircraft to land, we had a conversation with the staff of the airline company, pilots and crew members, some planespotters as well, who were very excited to see the new jet land on Lebanese soil for the first time ever.

Despite the difficult circumstances that Lebanon is going through, I had hope that the aircraft would bring peace, and a new dream for the Lebanese people who deserve to see their country change for the better.

There she is! Middle East Airline’s first NEO with a new identity, it was a wonderful moment seeing it welcomed with a water cannon salute as it was taxiing to its position.

This wonderful aircraft will be flying its first commercial flight to Istanbul on July 14 as ME265. Between the 14th till the 22nd of July, this aircraft will fly to destinations such as: GENEVA, RIYADH, DUBAI, BRUSSELS.

Dr. Mohamad El-Hout, chairman-director General, has given a speech after he had stepped down of the aircraft from Hamburg, Germany and had spoken about the new era of the airline, and how much this aircraft will benefit the airline in its efficiency and capability, also adding that this new
milestone for the airline is the beginning of a new hope for Lebanon.

As I have finally entered the aircraft, the new cabin that was also introduced by the airline looked more than beautiful. The aircraft is equipped with 160 seats, 60 seats below the maximum number of seats on the A321NEO aircraft, allowing crazy amount of space and comfort in both
classes, business and economy. In business class there are 28 seats, and in economy there are 132 seats.

In economy there two rows (12 seats) in the emergency row section that contain additional amount of legroom. The cabin is equipped with RECARO seats, WiFi and the latest generation in-flight entertainment screens, those seats are usually seen on widebody aircrafts, but Middle East Airlines targets passenger comfort by introducing those wonderful seats that also recline.

As we made our way out of the ceremony, I took a last look at the aircraft, indulged in its beauty hoping that I would be onboard this aircraft sometime soon! 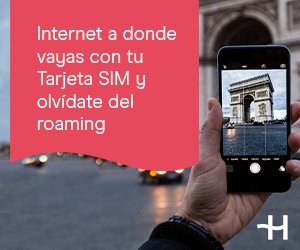